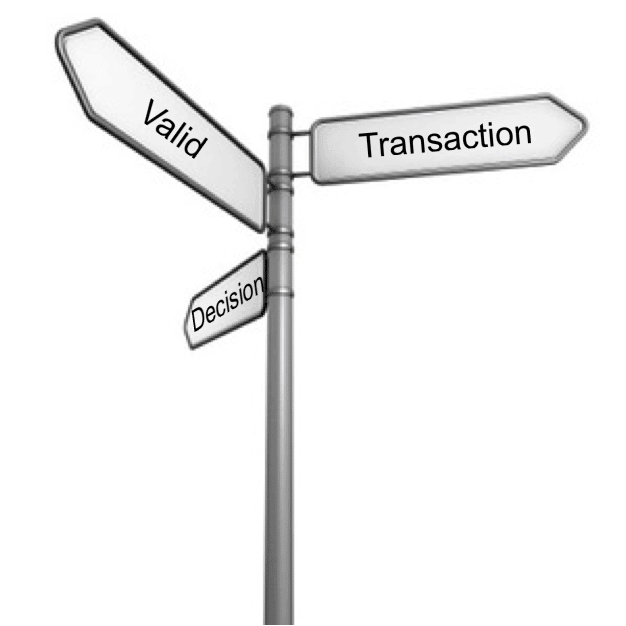 Oracle 12c has a feature called Temporal Validity. With Temporal Validity you can add one or more valid time dimensions to a table using existing columns, or using columns automatically created by the database. This means that Oracle offers combined with Flashback Data Archive native bi-temporal and even multi-temporal historization features. This blog post explains the different types of historization, when and how to use them and positions the most recent Oracle 12c database features.

Semantics and Granularity of Periods

In Flashback Data Archive Oracle defines periods with a half-open interval. This means that a point in time x is part of a period if x >= the start of the period and x < the end of the period. It is no surprise that Oracle uses also half-open intervals for Temporal Validity. The following figure visualizes the principle:

Fig. 1: Semantics and Granularity of Periods

The advantage of a half-open interval is that the end of a preceding period is identical with the start of the subsequent period. Thus there is no gap and the granularity of a period (year, month, day, second, millisecond, nanosecond, etc.) is irrelevant. The disadvantage is that querying data at a point in time using a traditional WHERE clause is a bit more verbose compared to closed intervals since BETWEEN conditions are not applicable.

Furthermore, Oracle uses NULL for -∞ und +∞. Considering this information the WHERE clause to filter the currently valid periods looks as follows:

Use of Temporal Periods

The situation is similar in a dimensional model. Dimensions correspond to transaction structure data, enterprise structure and reference data and may have a temporal period (e.g. slowly changing dimensions type 2). Facts do not have temporal periods. Instead they are modeled with one or more relationships to the time dimension. A fact is immutable. Changes are applied through new facts using a reversal or difference posting logic.

A flight data recorder collects and records various metrics during a flight to allow the reconstruction of the past. The transaction or system time in a data model is comparable to the functionality of such a flight data recorder. A table with a transaction time axis allows to query the current and the past state, but changes in the past or in the future are not possible.

Example: Scott becomes a manager. The change of the job description from “Analyst” to “Manager” is entered into the system on the April, 15 2013 at 15:42:42. The previous description Analyst is terminated at this point in time and the new description Manager becomes current at exactly the same point in time.

Tab. 1: Consistent View of the Past

The valid time describes the period  during which something in the real world is considered valid. This period is independent of the entry into the system and therefore needs to be maintained explicitly. Changes and queries are supported in the past as well as in the future.

Example: Scott becomes a manager. The change of the job description from “Analyst” to “Manager” is valid from January, 1 2014. The previous description Analyst is terminated at this point in time and the new description Manager becomes valid at exactly the same point in time. It is irrelevant when this change is entered into the System.

The decision time describes the date and time a decision has been made. This point in time is independent of an entry into the System and is not directly related to the valid time period. Future changes are not possible. Non-temporal models do not have any time dimensions (e.g. EMP and DEPT in Schema SCOTT).

Tri-temporal  models are based exactly on three time dimensions.

The feature Temporal Validity covers the DDL and DML enhancements in Oracle 12c concerning temporal data management. The statements CREATE TABLE, ALTER TABLE and DROP TABLE have been extended by a new PERIOD FOR clause. Here is an example:

VT names the period and is a hidden column. The association of the VT period to the VT_START and VT_END column is stored in the Oracle Data Dictionary in the table SYS_FBA_PERIOD. You need a dedicated ALTER TABLE call for every additional period.

For every period a  constraint is created to enforce positive time periods (VT_START < VT_END). But it is not possible to define temporal constraints, e.g. prohibit overlapping periods, gaps, or orphaned parent/child periods.

Oracle 12c does not deliver support for temporal DML. Desirable would be for example:

Hence temporal changes have to be implemented as a series of conventional DML. Here is an example:

The feature Temporal Flashback Query covers query enhancements in Oracle 12c concerning temporal data. Oracle extended the existing Flashback Query interfaces. The FLASHBACK_QUERY_CLAUSE of the SELECT statement has been extended by a PERIOD FOR clause. Here is an example:

Instead of “AS OF PERIOD FOR” you may also use “VERSIONS PERIOD FOR”. However, it is important to notice that you may not define multiple PERIOD FOR clauses . Hence you need to filter additional temporal periods in the WHERE clause.

The PERIOD FOR clause is not applicable for views. For views the enhancement in the PL/SQL package DBMS_FLASHBACK_ARCHIVE are interesting, especially the procedures ENABLE_AT_VALID_TIME and DISABLE_ASOF_VALID_TIME to manage a temporal context. Here is an example:

A limitation of Oracle 12.1.0.1 is that Temporal Flashback Query predicates are not applied in multitenant configuration. The PERIOD FOR clause in the SELECT statement and the DBMS_FLASHBACK_ARCHIVE.ENABLE_AT_VALID_TIME calls are simply ignored. This limitation has been lifted with Oracle 12.1.0.2.

Another limitation is, that Oracle 12 does not provide support for temporal joins and temporal aggregations.

The following data model is based on the EMP/DEPT model in the schema SCOTT. The table EMPV implements three temporal dimensions: The table EMP is reduced to the primary key (EMPNO) which is not temporal. This allows to define and enable the foreign key constraint EMPV_EMP_MGR_FK.

The following six events will be represented with this model.

After the processing of all 6 events the periods for the employee 7788 (Scott) in the table EMPV may be queried as follows. The transaction time is represented as the System Change Number SCN.

7 rows have been changed or added based on the event #5 at the transaction time 2366559. It clearly shows that DML operations in a temporal model are not trivial. All the more a support in that area for VT and DT is missed.

Queries on multi-temporal data are relatively simple if all time periods are filtered at a point in time. The AS OF PERIOD clause (for DT) simplifies the query, but the complexity of a traditional WHERE condition (for VT) is not much higher.

The support for temporal data management in Oracle 12c is based on sound concepts, but the implementation is currently incomplete. I miss mainly a temporal DML API, temporal integrity constraints, temporal joins and temporal aggregations. I recommend to use Oracle’s semantics for periods (half-open intervals, NULL for +/- infinity) in existing models, to simplify the migration to Temporal Validity.

Oracle’s Flashback Data Archive is a good, transparent and since Oracle 11.2.0.4 also a cost free option to implement requirements regarding the transaction time. For all other time dimensions such as the valid time and the decision time I recommend to use standardized tooling to apply DML on temporal data.